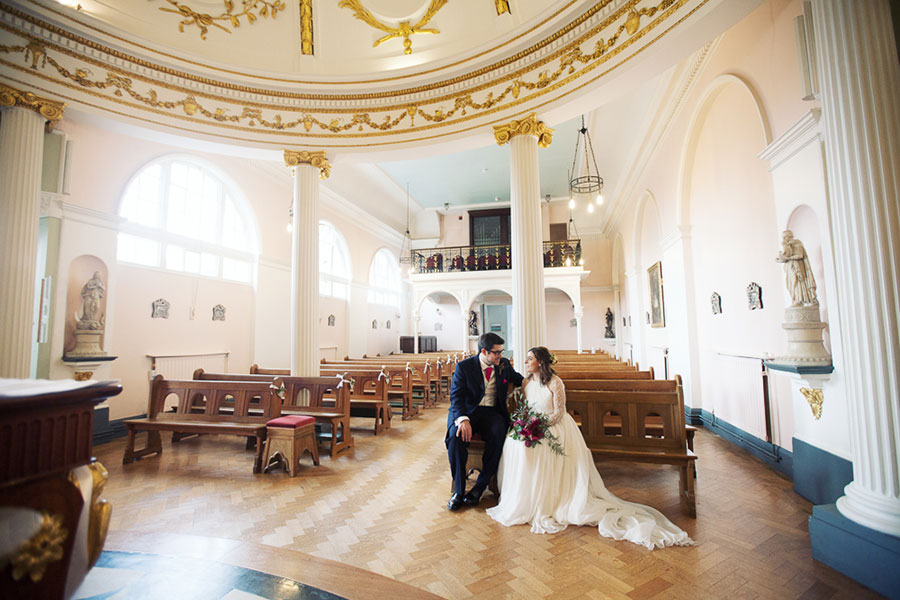 Milly and Luke got married in October 2017 at the York wedding venue All Saints School, with the reception at NCEM National Centre for Early Music. The wedding was so enjoyable to photograph because both venues were just gorgeous. Also Milly & Luke were really lovely and kind to work alongside.

The day began for me meeting Luke at the school before the ceremony. The couple chose the York-based venues specifically as Milly is from the city. Bar Convent Chapel and it’s grounds are stunning – they gave the photos a whimsical, magical feel.

Milly arrived in a lovely ivory gown from Pronovias, with deep red & pink flowers in her hair that matched her bouquet. A touching moment was when Luke caught his first glimpse of his bride-to-be, walking down the aisle. His face said it all.

After the ‘I-dos’, Milly and Luke mingled with their guests before moving to the NCEM, which had been decked out in a woodland and autumn theme, with tables decorated with berries, candles and flowers.

Everyone enjoyed the canopies and confetti throw, which was followed by group photos and a mini bride & groom shoot. My favourite photos from the day are these ones of Milly and Luke in the chapel gardens, I think they both look gorgeous. It was nice for them to take a moment and relax in each other’s company too.

Afterwards everyone enjoyed some drinks and live music, followed by the wedding breakfast and speeches. Shortly after another band came on, only this time it was Milly’s brother’s band, which the couple had been really looking forward to.

One particularly nice detail of the day was the wedding cake. I say wedding cake… it was actually a homemade brownie tower! It looked amazing, decorated with berries & scattered flowers, and was a total hit with guests.

Inspire Me ♡ His & Hers Wedding Rings 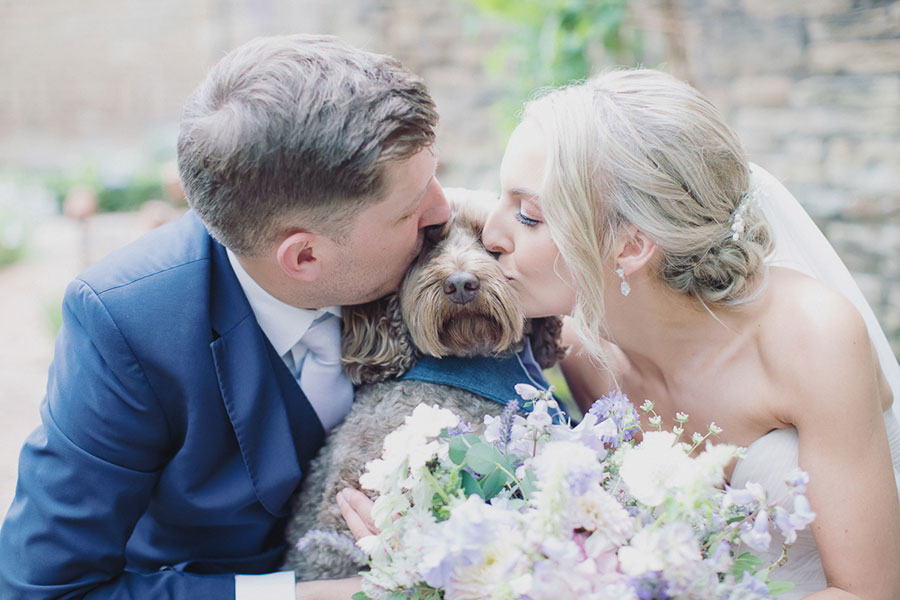 Inspire Me ♡ Dogs at Weddings